What Puts You on the Sidelines? 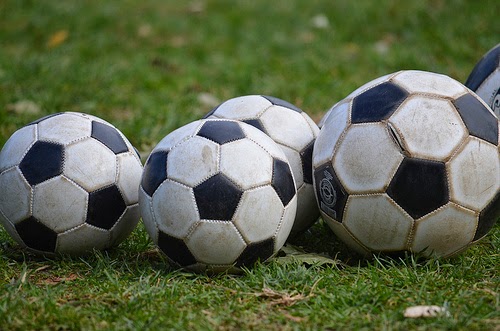 In a little under an hour, many people will be watching the USA vs. Portugal game in the 2014 World Cup.   Even though I am not a soccer fan, I have found myself watching bits and pieces of the different games and keeping up on the winners and losers of each game.  I am not an soccer expert, but I do know that there are a few things that will put a player on the sidelines instead of in the game.  A major thing that sidelines players is injuries.  Soccer (futbol) is rough.  In almost every game I have watched, at least one player has been sent to the sidelines at least temporarily due to an injury.  Another way a player can get sidelined is by getting a red penalty card.  This happens by getting two yellow cards or the foul was severe enough to go straight to red.  Of course, the coach could also sideline a player for attitude, poor performance or just to give the guy a rest.

In life, we can often feel like we are on the sidelines instead of in the game.  We have been injured, penalised, or maybe are just worn out.  I was reading one of my daughter's books called Tributary by Lisa Bergen on my flight this weekend and saw how one of the main characters was sidelined due to fear.  The main character, Evangaline, is living in a different time period than when she was born.  In this new time period set in medieval times, she is a lady warrior adapt at the bow and arrow.  Weary from past battles and seeing too much death, Evangaline has not shot her bow and arrow for almost a year.  She doesn't want to kill again and is scared she won't even be able to do the right thing in protecting her family from threats.  She is sidelined by her fear.   One morning she wakes up early fearful of the battle ahead and seeks time in the chapel.  There, the priest engages her in conversation drawing her out.  Evangaline shares her fears.  She doesn't want mothers to lose their husbands and sons yet she doesn't want harm to come to her family and friends.   The priest reminds her that fear is not of the Lord, it is from his nemesis.   He explained that the enemy will prey on this weakness in order to tie her hands and use this opportunity to harm her family and friends.  Evangaline needed a reminder of the God she served and that she was in this place for a reason.  She was to fight for the good against the evil and press into the One who called her.   Evangaline was sidelined and needed to be reminded that the God she served was with her.

Fear is what sidelined Evangaline.  What sidelines you?  It could be wrong priorities, sickness, or even circumstances out of our control.  There are times we might need time on the sidelines for healing and learning.  We might be pressing into the One who calls us, and he calls us to wait, to rest, to be.   Right now I am feeling sideline by emotions.  My husband left to go back to Central Asia.  It was hard.  Emotions hit hard.  The past several weeks my emotions have been up and down and all over the place.  According to Lysa Terkeust, emotions are to be an indicator in our lives not a dictator.  They reveal things but don't have to control us.  Living this out in reality can be hard.  During this season, I don't want to be sidelined.  I want to be part of the action.  I want my kids to see a mom who feels but is not run by her emotions.  I want to be all there in the places we visit this month not lost in my own little world.  So today I am reminding myself that I have a God who is with me, and I am pressing hard in his direction.

I would hear what sidelines you.  How do you get back in the game?
Email Post
Labels: everyday musings