Rich in Faith (James 2 Verses at a time plus 1) 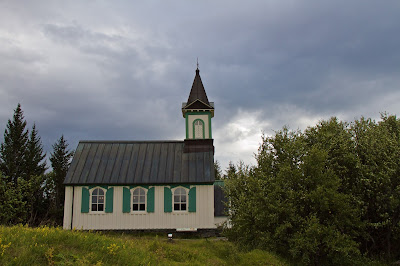 I always wondered what it would have been like to know George Muller in person.   Would I have thought he was crazy?  That he should have been a bit more practical?  If you don't know already, George Muller was known for running many orphanages in Germany and never asking for a penny.  He would pray, and God would provide.  He is someone who was rich in faith but poor in this world.  One time he and the orphans even prayed for milk and a milk truck just happened to break down outside their orphanage right as they were praying.   This installment of verses is about just that-being rich in faith.

James 2:5-7 says, " Listen to me, dear brothers and sisters. Hasn't God chosen the poor in this world to be rich in faith?  Aren't they the ones who will inherit the kingdom he promised to those who love him?  But you dishonor the poor!  Isn't it the rich who oppress you and drag you into court?  Aren't they the ones who slander Jesus Christ whose noble name you bear?"

This topic is important to James.  He tells us to listen to him.  In some ways, he is telling us the why's behind the verses that come before and giving us a glimpse of God's heart.  James wants us to think through our actions and see the poor as God sees them.

God has chosen the poor to be rich in faith.   This summer I read a book called the Insanity of God by Nik Ripkin.  Most of the book was stories of the persecuted around the world who were rich in faith but had nothing in terms of the material things of this world.  It wasn't like they even prayed to be rich materially.  They instead prayed to be strong spiritually.  As I read the book, I was humbled by how often I think about the physical and temporal over the spiritual and eternal.   As many Christians flee countries like Syria and Iraq, I would love to her their stories.  What is their faith like?  Do they realize they will inherit the kingdom of God?  For them, is God enough?

Do I believe that God is enough?  In I Cor 1:26-29, Paul tells the Corinthians that God chooses the weak over the strong so no one can ever boast in the presence of God.   It is only when we are poor emotionally, physically, and spiritually that we see that God is enough.

It is in this frame of mind that James reminds us to honor the poor.  He questions our wisdom in trying to kiss up to the rich.  Aren't they the ones who cause us the most trouble?  What does that mean for me here in this new home?  I don't know, but I am praying that God will show me better how to honor the poor I see on the streets.  I am praying for a friend who each week goes into the projects to help with a bible club.  My prayers go to those believers here in this place who are struggling and in other countries who are fleeing due to persecution.

So for now, I am starting with prayer and living with my eyes open to what opportunities God has for me here.   What is God showing you about faith?  About honoring the poor?

Email ThisBlogThis!Share to TwitterShare to FacebookShare to Pinterest
Labels: James:Two Verses at a Time