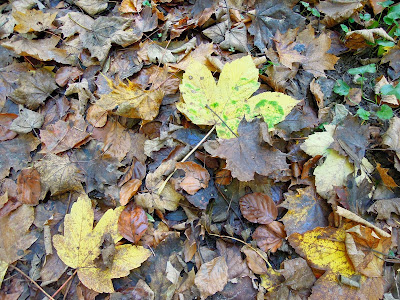 As many of you are heading into the Winter season, in West Africa, we are starting our Dry season.  No matter where you live or what season you are in, it is always good to take time to look back once in a while to see what you learning.  So today I am taking a moment or two to reflect on what I have been learning the past few months.  I wanted to say what I have learned but since many of the lessons are still in progress, the proper verb tense would be present progressive.  I am a work in progress.


1. The Benefits of Wearing an Apron

In October, I listened to the audio-version of Polish Your Poise with Madame Chic by Jennifer Scott.  It was a fun book to listen to as I puttered in the kitchen or walked along the road.  In one chapter, she talked about what to wear and suggested wearing an apron when doing house chores or cooking to keep your clothes in better condition. I am a mess in the kitchen and usually forget that I even have an apron.  After spraying yet another shirt stained while cooking, I decided I needed to do a better job of wearing my apron.  Now I have it hanging on my spice rack so that I will see it and remember to don it before making bread or frying something.  My shirts and pants are thankful to not be abused with grease and flour stains.  I also feel more like a baker or cook when I wear my apron.  Hopefully that rubs off on the end products coming out of my kitchen.

2.  The Difference Between Jesus Christ and Christ Jesus

We had a good Christmas with our kids last year but in many ways I felt like I dropped the ball.  I was an emotional basket case for reasons I don't even remember now and wasn't very prepared.

The past few months, I have been listening to The Next Right Thing Podcast with Emily Freeman.  It has been good for my soul as it gives me things to ponder and reflect on in my life.  In Episode 14, Emily talks about what we want.  It is in examining our desires that we can see where we are at.  When we name what we want, we can see our realistic and unrealistic expectations.  Then we can see if they align with what God wants for us.  It is in this place that we can either come and place those wants at His feet or walk in His spirit to make those wants a reality.

So I decided to write down what I want for Christmas.  Here are the three things I wrote down.
1. Connection with my kids and mom
2. Fun Memories from our 12 days.
3. To BE....

To me, these are realistic.  I am trying to do a bit more planning ahead than I did last year.  But I am also remembering that a good Christmas has to do with being present with the people in my life.  And when I get frustrated or discouraged, hopefully I will remember to look back at this and realize the real source of my frustration just might be my expectations.

In school, I never really studied the civil rights movement except for Martin Luther King's "I Have a Dream" speech.  I think it was partly because it was so recent and partly because the teachers were so busy cramming all the information about World War I and II and other wars in our heads.

In their book, The Way of the Dragon or the Way of the Lamb, Jamin Goggin and Kyle Strobel wrote a chapter called "The Power of Love".  In this chapter, they talked about Martin Luther's philosophy and interviewed a man named John Perkins who was also part of a similar movement.  Both men knew the real enemy was evil in the person not the person.  They also believed that love not hate would win.  As they protested, they needed to love their enemy not let hate control them.  John Perkins talked about not hating in his heart as he resisted.  It was an inward thing as well as an outward thing. This was not easy.  For John Perkins, he was beaten for no reason than that he was black.  He wanted to give into hate but God sent him someone who loved on him helping him forgive and be able to live loved. What would happen if we loved like that?


5.  I Have a Lust for Affirmation

You may ask what is lust for affirmation?  Some might call it people pleasing or trying to get others to say nice things about you.  Doesn't people pleasing sound so much nicer?  But if I called it that, I would be tempted to not deal with it.

In her book, Confessions of a Transformed Heart,  Nancy Sheppard wrote about her life in Liberia and Sierra Leone working with Liberians.  In each term of service, God had a specific lesson for her.  In one season, God challenged her to deal with her lust of affirmation.  She would find herself asking questions that sought affirmation and was convicted about how she needed to stop doing that.   It was hard to stop asking those questions.  Often she would start and have to rephrase what she wanted to say.

As I read her words, I knew that it was a word for me.  In my insecurity, I want others to affirm me.  I want to ask what they think of what I did or to show off something that I made.  I lust for affirmation.  Lust for affirmation focuses on me.  I don't want that.  So I am working on stopping the affirmation questions.  Ask me in a month, how I am doing.

What have you learned this month?  Have you learned a fun fact? A new skill?  Been challenged or convicted about something?  I would love to hear about it in the comments.  Also be sure to head over to Emily Freeman's linkup of what others have learned this fall.  The lists range from fun to serious, from silly to thought provoking.
Email Post
Labels: monthly lessons

Tondra Denise said…
I loved every single one of these!! So glad I stumbled upon you today!
2:17 PM